Cheap Flights From Angeles to Seoul

Feeling spontaneous? It’s never too late to book a trip. Here’s our pick of the best last minute flights to Seoul...Estimated lowest prices only. Found in the last 14 days.

Want to fly non-stop to Seoul? We’ll help you find your ideal route.

Places to stay in Seoul 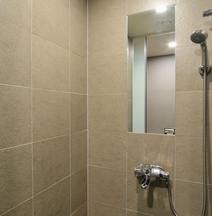 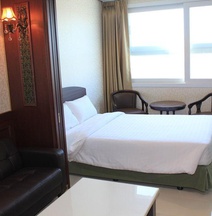 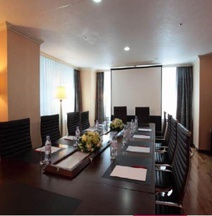 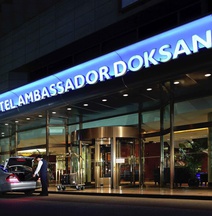 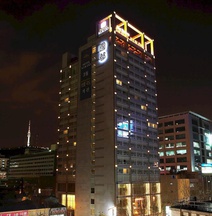 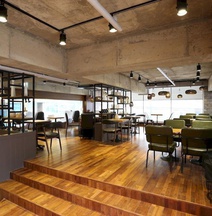 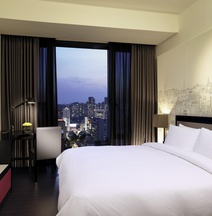 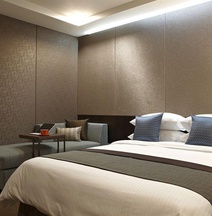 Seoul is South Korea’s vibrant capital and one of Asia’s favorite travel destinations. The city has a fast-paced vibe that is associated with cutting edge-technology, busy shopping, trendsetting pop culture, and brisk business. Seoul is also the largest city in the country with a population of over 10 million people. Visitors to Seoul will also enjoy the sights of ancient Korean traditions in the many temples and palaces blending with gleaming skyscrapers and huge shopping malls. Most tourists would flock to the Jongno district on the northern part of the Han River and Gangnam in the southern part of the river. Jongno is the city’s historic district, and it is also here where you can find the most expensive shopping districts. Gangnam is representative of modern Seoul. The nightlife spots can be found in Gangnam, as well as more shopping malls and entertainment centers.

There are no direct flights from Clark in Pampanga to Seoul Gimpo Airport. Korean Air and Jin Air operate several connecting flights to Seoul via Busan.Start planning your holiday by searching for great deals on airfares to Seoul in South Korea. Sign up for Skyscanner Price Alerts to get the best deals!

There are no budget flights that fly from Clark International to Seoul Gimpo.

Clark International Airport is the primary airport serving Pampanga and other provinces in the Central Luzon. The airport handles both domestic and international flights and features convenient amenities for travelers such as duty-free shops, restaurants and cafes, ATMs, and banking facilities. It is also easily accessible from the neighboring cities and towns. There are jeepneys from nearby cities and towns at an average of PHP 15.00 per one-way trip, regular buses at PHP 150.00, taxis at PHP 300.There are also long-distance express buses from Trinoma Mall in Metro Manila at PHP 250.00 per person for a one-way trip. Travelers to international destinations like Seoul need to present their valid passport, visa, and other travel documents when checking-in. Travel tax of PHP 1650.00 and terminal fee of PHP 600 will also be collected.

All direct flights from the Philippines, like most other international flights, will arrive at Seoul Incheon Airport.Seoul Gimpo handles domestic flights within South Korea.At Seoul Gimpo Airport, you can choose from the different modes of transport into the city. The fastest way to the city is by subway line. Seoul Gimpo is connected to downtown Seoul by Subway Line 5. The airport is more centrally located to Seoul Incheon, so it is easier and faster to get to the downtown areas.  The airport limousine bus is also comfortable and highly recommended. One–way fare on the airport bus to the city center is KRW 1650.00 (PHP 72.62). Other options are hotel shuttles, taxis, and rental cars.

What to Expect in Seoul

Seoul is one hour ahead of Philippine time. Do remember to adjust your devices to match the right time upon arrival. Seoul enjoys all the four seasons: winter, spring, summer, and autumn. Do take note when packing for your trip. The climate is temperate with its warmest average temperature at 25.9°C.  The most popular times to visit the city would be in spring and autumn.

Compared to most Asian cities, Seoul is quite expensive. The cost of meals here, however, is still lower than in Singapore. A meal in an inexpensive restaurant in Seoul costs about KRW 7,000 (PHP 308.74), compared to PHP 115.00for a similar meal in Clark, Pampanga.

This information is correct as of February 2017.